Not too long ago, the government and people of Kenya made a huge stride towards achieving energy sufficiency. Kenya is now the world’s number 7 highest producer of Geothermal power as they commissioned a 140MW Geothermal plant; another milestone in the country’s journey to deliver additional 5000MW of power in 5 years.

Yes, you heard right. I mean Kenya. They are six years younger than Ghana.

In a couple of days, Ghana would turn 58. If we’re fortunate, we’ll get power to watch the annual Independence Day parade on television. We may buy electricity from our neighbours to watch this  senseless age-old ritual, and thereafter, we return into the dark. It doesn’t matter that one of the nation’s leading agencies within the energy sector, Ghana National Petroleum Company; is ready to dole out several thousands of dollars to the players of the senior national football team, the Black Stars for placing second in the 2015 Cup of Nations. 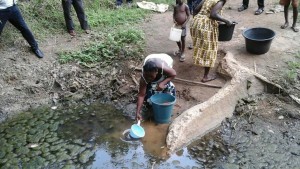 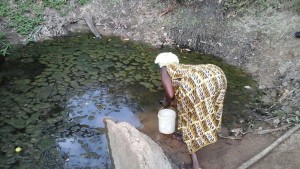 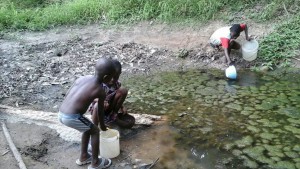 While we’re at it, kindly pause and take another look at photos above. Those are the people of Atwease, a farming community in the Eastern Region of Ghana. That is their source of water. They are Ghanaians. They pay taxes. They vote in national elections. They’ll vote again in 2016.